Yes, Yes it's true I'm back from my hiatus and Emerald city. It was a great time. I have a ton of art and a few bucks to show for it (although after final tally I think I broke even.) The subject of Saturday was whether their was a bigger display of fandom for Star Trek or Star Wars. Nathan and I decided to have a friendly competition (actually more of an experiment) to see which would come out on top. I chose the underdog (Trek) in an effort to seem like I care about something other than Star Wars. This is our tally sheet: 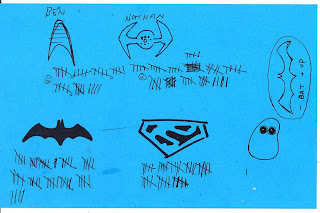 Nathan would tell people which side we were on and after some people threatened me in a half-joking manner I put on my new headphones to let them know where I stand. 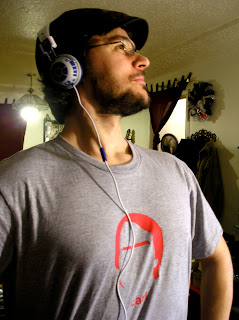 In the end we decided that the reason Sw beat out St was that for all the great aspects of the message inherent to the Trek universe like considerate exploration and a positive future for humanity; Wars has a much cooler visual vocabulary to draw from and if you think I'm wrong then I say this to you: Lightsaber, R2, Vader, Deathstar, Chewie, Yoda, Jaba and Akbar are relentlessly referenced in memes of all sorts. The themes of Star Trek are intellectual (which the science-side of me loves) while the lasting legacy of Star Wars is sensory (which has inspired my drawings since I was 3.)


You can see that we did a Batman/Superman-off but it didn't have the same spark of intrigue that our initial choice did. It should be noted finally that my underdog pick also had a boost from the con appearances of many next Next Generation cast members and the Trek overlord, Shatner himself, but still didn't win.

In the end we did see one Herculoids tee shirt and Nathan made special mention of it.
Posted by SpiderBridge at 8:04 PM