Rise Of The Apes And of The Charms

I just found out that I get to draw a 'Planet Of The Apes' story for Boom Studios! These sketches were what I submitted as a simple character test along with some of my sequential work. The extra-cool part is that I get to work with Jeff Parker again; he makes comics fun again and it's a huge honor to collaborate with him. 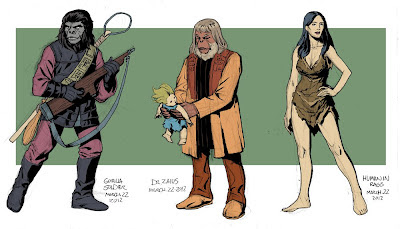 In other news I've received the first set of the 'Tragedy Series' charms which includes Sheriff Puppy and Snuggle Cub. They are roughly an inch and a half across and come with a jump ring and a lanyard and I'll make them available at Emerald City and soon thereafter on the etsy store 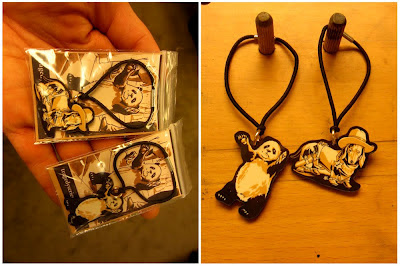 I hope those of you within driving distance of Seattle will come see me in section 222 this upcoming weekend; we can talk about comics, why everyone but me seems to dislike the awesome John Carter movie and anything else that strikes your fancy.
Posted by SpiderBridge at 9:47 AM