I'm working on a project for Thrillbent with Lori Matsumoto that will be announced more officially at San Diego Comic Con but I thought I might preview a bit of it here. I am designing characters based on real people so that I can draw it more like the Tragedy Series and use reference to speed up my process. I won't tell you too much about it now other than the fact that I'm excited about the story and the format where it will be published. 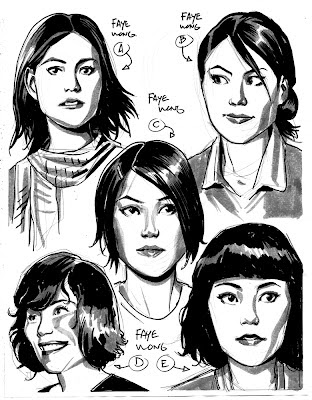 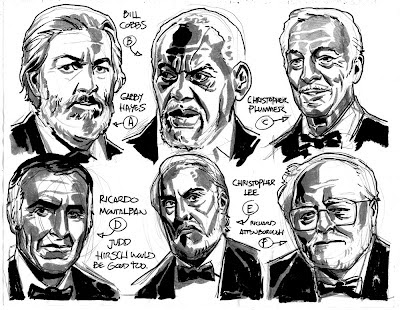 This will be a butler/confidant character and I wanted to see if a different ethnicity (other than white) could work in the part but you run the risk of falling into stereotypes and I don't want to piss people off when I'm trying to be inclusive. 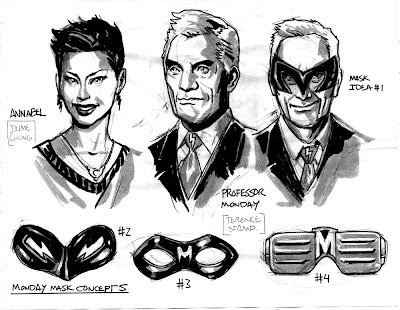 These were my first attempts at a main character, the villian and ideas for his mask. He isn't themed (like 'the scorpion' or something) so I wanted to keep it simple and iconic if possible. I want it to read really small- as a good tag. 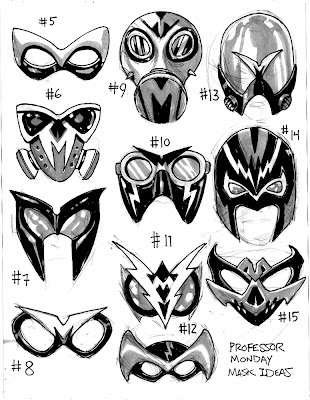 I went a bit crazy with mask ideas but I kept seeing new ones in my head and I wanted Lori to have a bunch to choose from. 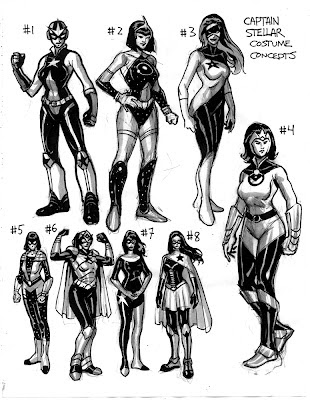 This is a design for the hero/nemesis of the bad-guy. I asked Lindsey what she would want to wear if she were going out to be a superhero and she said 'something supportive.' I thought that was an interesting place to start so I started with a full bodysuit and went from there. I kept thinking about that scene in 'The Incredibles'... "No capes"
If you are going to SDCC this year be sure to Check out Mark Waid's panel, on Thursday at 12:30 in room 24ABC, and tell me how it went. I'm working on a piece of promo art that should be featured on a big screen (I assume) at that panel.

This is taken off the SDCC website.
Posted by SpiderBridge at 7:12 PM