The Spoils Of Stumptown

This year I got a last minute table at Stumptown Comicsfest. It was a good time overall but, my hasty preparation, throwing poor Lindsey into the deep end of assisting me on the show floor, a diet comprised almost exclusively of doughnuts and coffee, appearing in the comic art battle, the inconsistent traffic of day 2 combined with my exhaustion from work and being fresh off the energy of ECCC made for a near-breakdown by the end of the festival. I did make some nice commissions (mostly on day one) and here they are: I make T-Rex red. Maybe it is a latent affection for devil dinosaur that I'm not paying attention to. 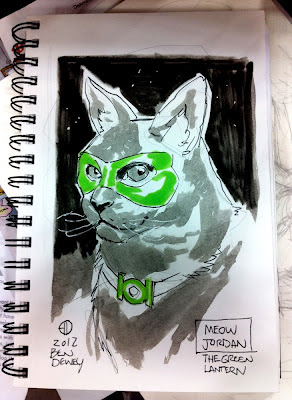 This was for a 'super-pets' themed sketchbook. I like the Green Lantern and I love cats; this produced Meow Jordan. 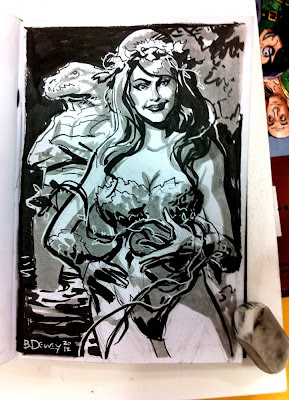 I think this might have been done on day 2. The theme of this sketchbook was batman villains. I always liked Killer Croc and Poison Ivy so I did a quick doodle of them both. 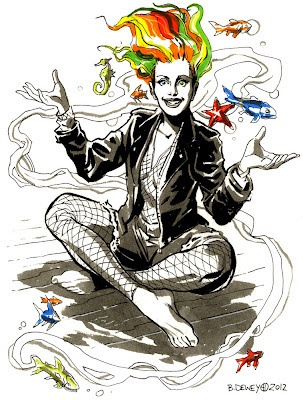 I had a hard time deciding on a pose and I don't know the Sandman characters very well but I get the impression it is a really enjoyable series. The people who like it show a rare devotion to the stories and the characters. I like drawing fish even though I'm not great at it. 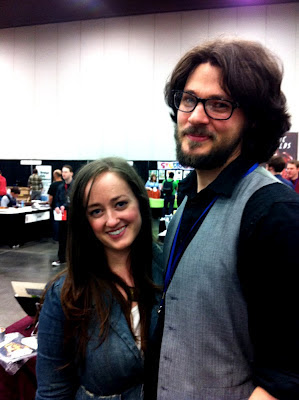 Here is my darling Lindser and me posing in a rare moment of mental composure. I think she is a gem.
Posted by SpiderBridge at 12:02 PM